The name dabba (Hindi for “lunchbox”) was inspired by a complex food delivery system in Mumbai that is run by a network of delivery men called “dabbawalas.” For over a century they have been ferrying dabbas filled with hot, home-cooked lunches from kitchens to customers at their office doorsteps (and back), with near clockwork precision.

From the initial meeting between dabba’s founder, Andy Mercy, and zero ten design, Andy was very passionate about his mission–to bring better food to the people through a collaboration with his friends and inspirational partners at Marin County’s famous Avatar’s Restaurant.  For dabba the brand’s promise was clear and defined: “the spices of India wrapped in a California state of mind.” At its core, dabba considers itself a mashup of far away flavors made with the freshest local ingredients–they proudly call this “ethnic confusion.”

Our task was to embrace that philosophy and deliver it in the design and vibe of the restaurant.

As we parsed out the exact wording of dabba’s brand promise, we found Indian and Spices of India brought to mind such words and phrases as “mindful, eclectic, ceremonial, authentic and crafted.” And we were immediately taken by the bold and vibrant pops of colors that one sees among the spices within India’s food heritage and throughout its rich culture. We knew that these bright pops and visual tapestries could allow us to introduce liveliness and richness into the project through color, pattern, texture and graphics. Californian words that kept coming up were, “organic, natural, sustainable and adventurous,’ while California state of mind took us to the simple, yet beautiful, weathered beach shacks that dot California’s natural coastline. These humble structures became the inspiration for the restaurant’s primary built element: a low slung, grass topped shack housing the kitchen and service elements. Its simplicity of form and color allows the vibrancy of the Indian palette to shine, with a massive wall graphic featuring a bright orange mandala acting as a vibrant backdrop to the weathered wood shack. The two combined celebrate the contrast in cultures that defines dabba. 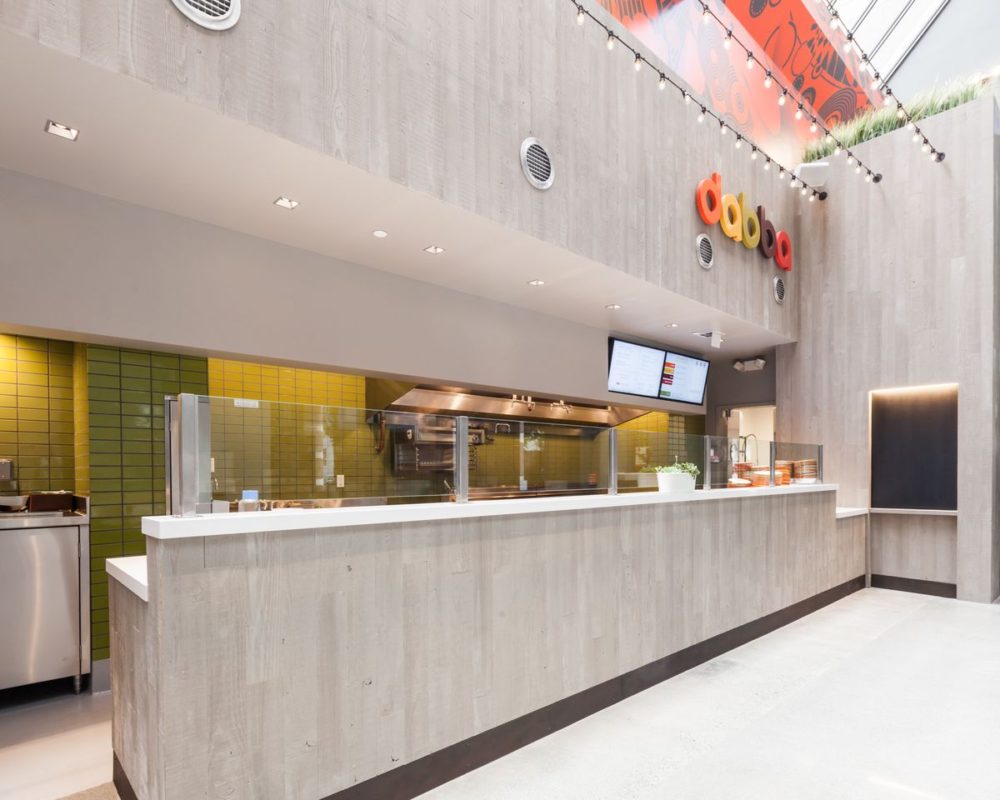 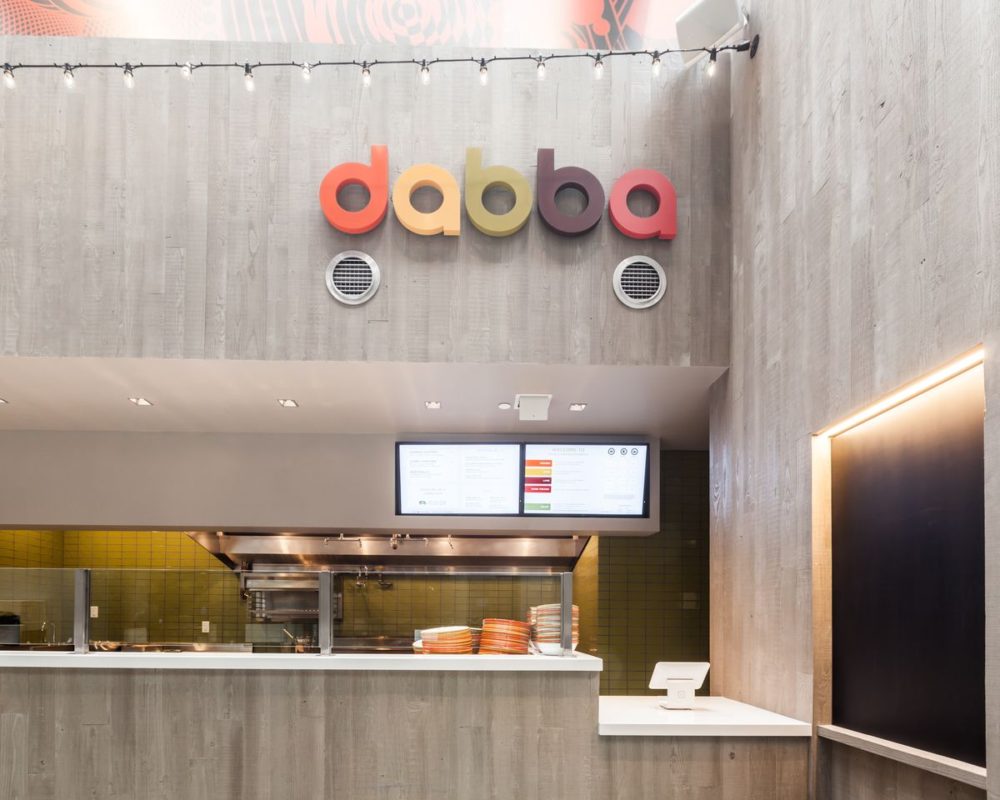 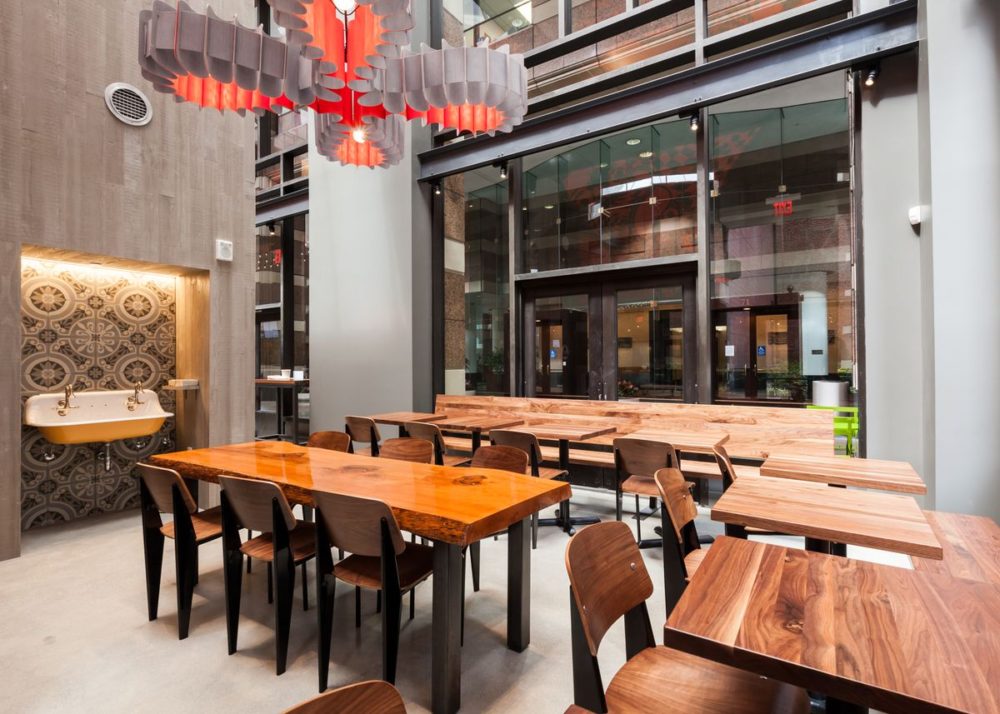 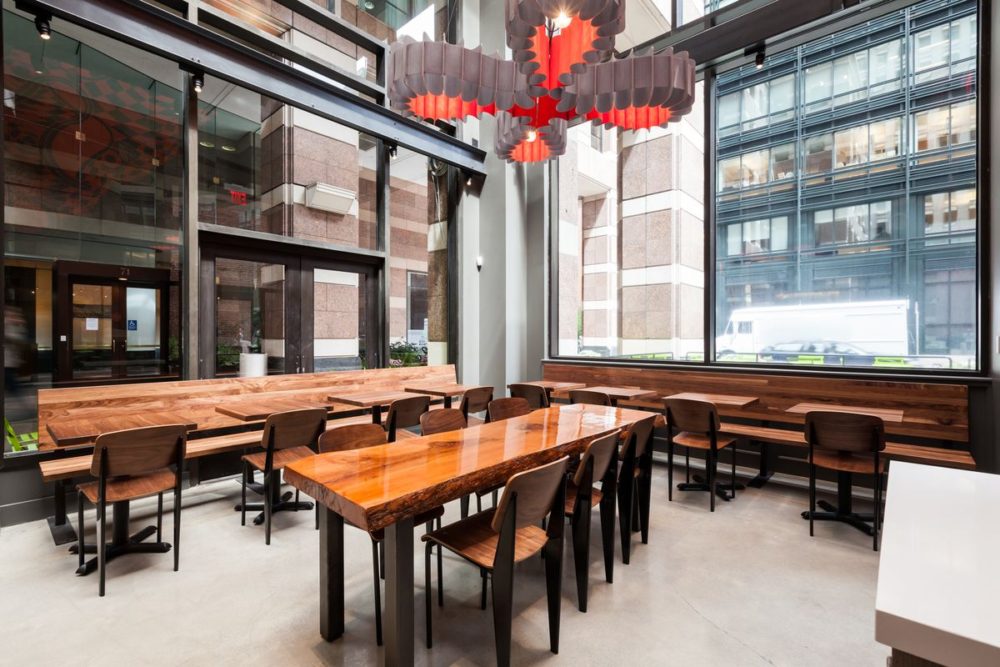 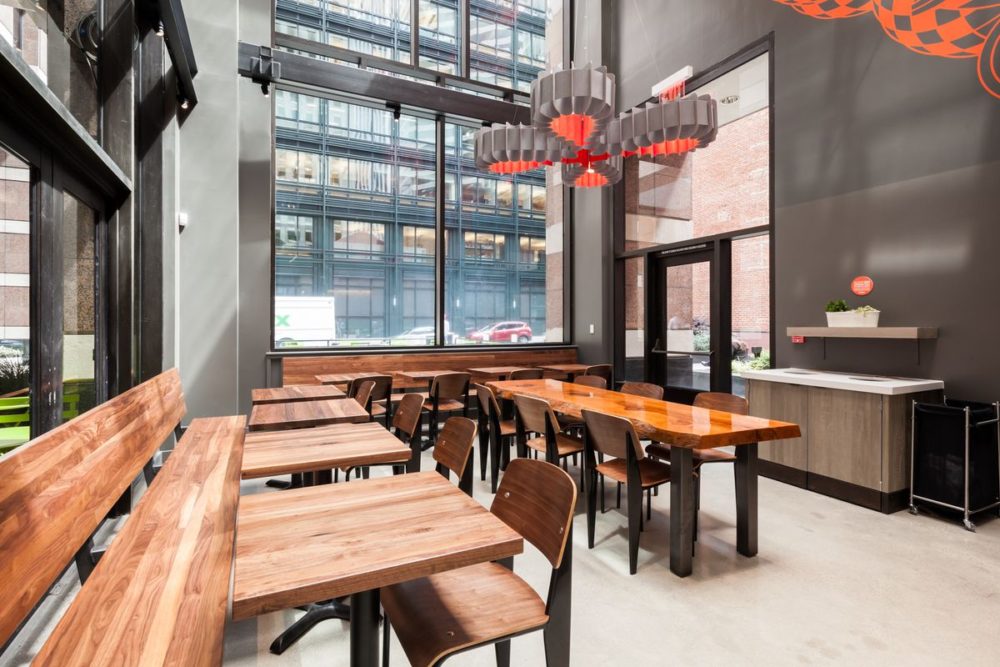 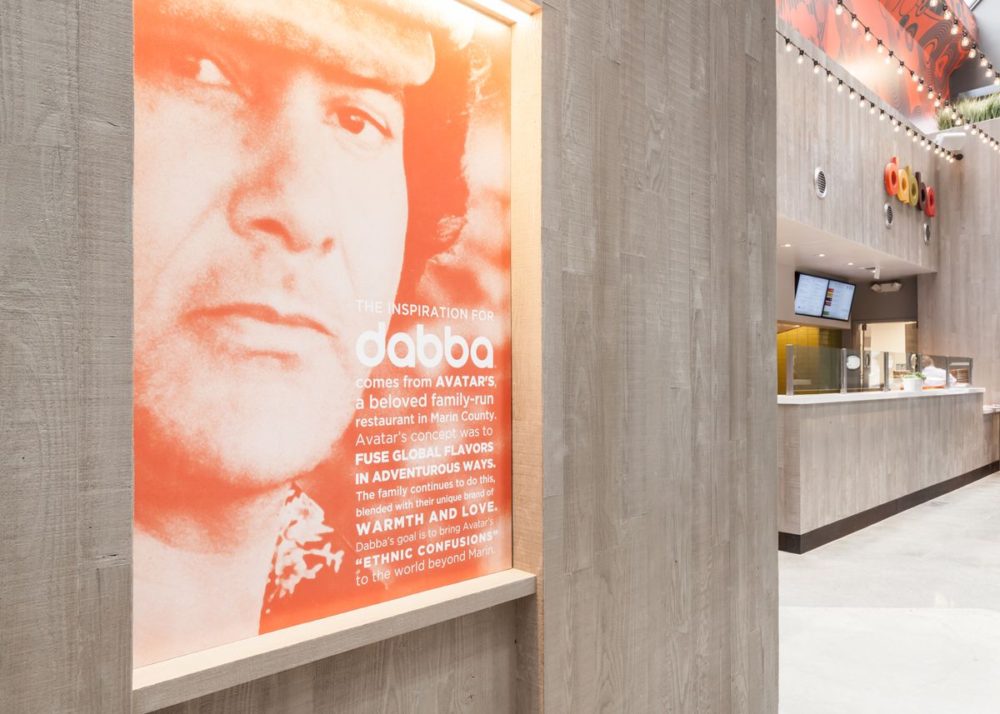 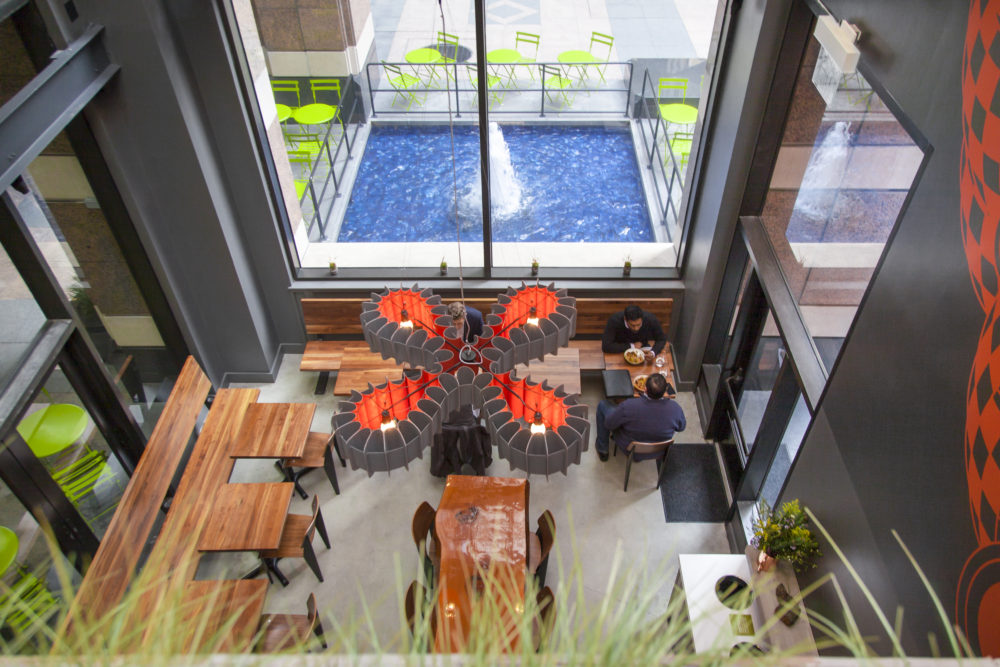 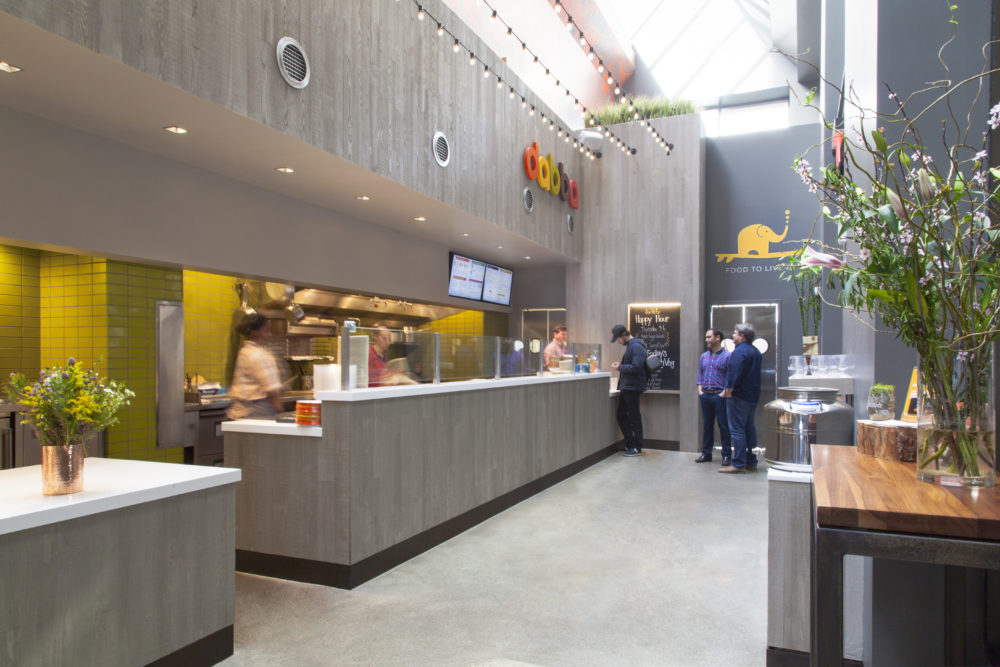 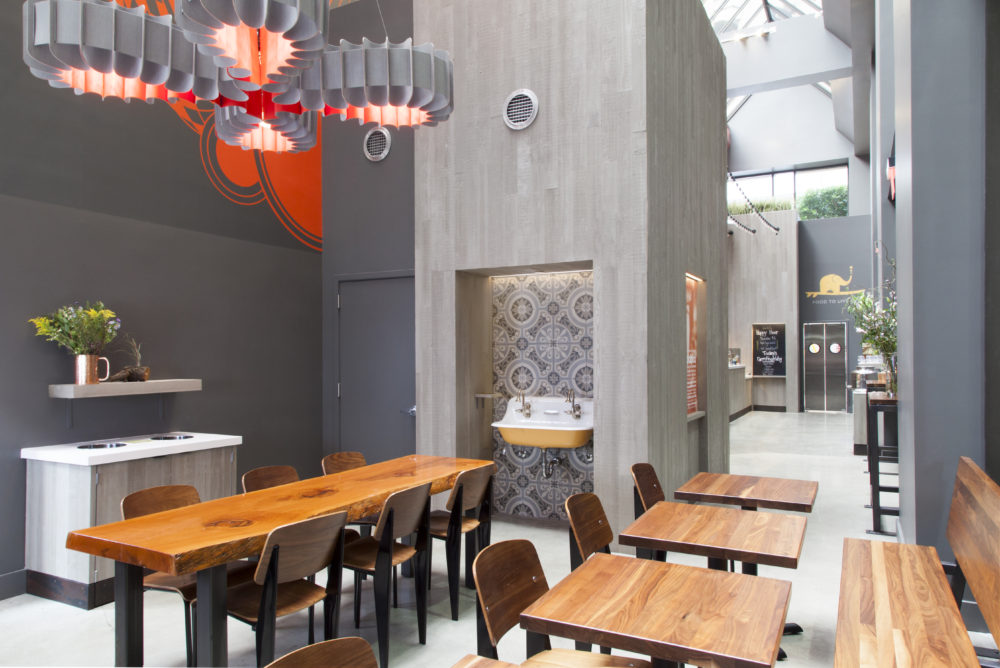 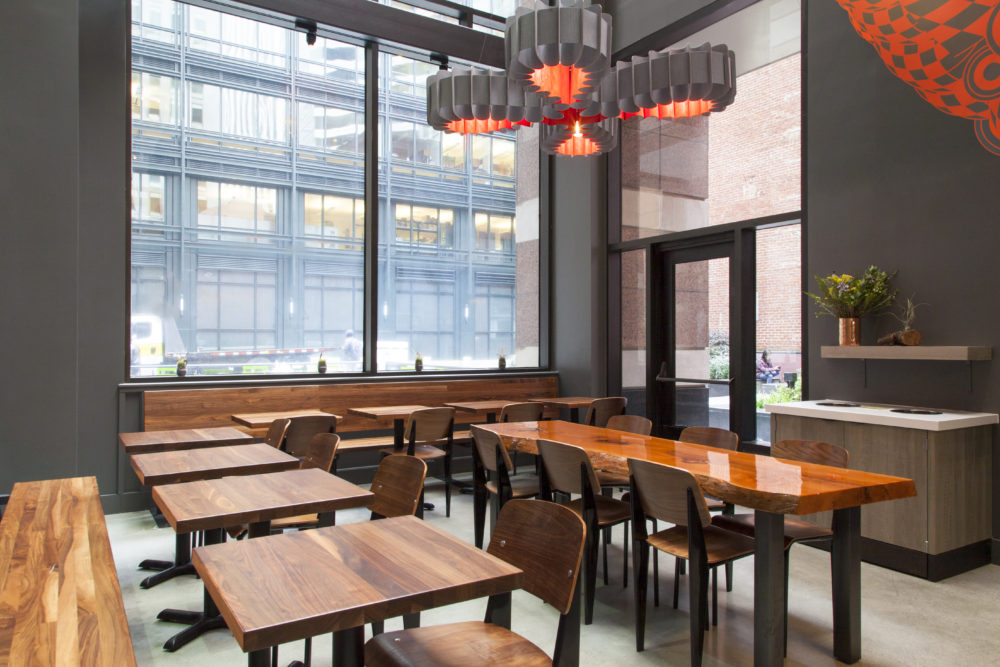 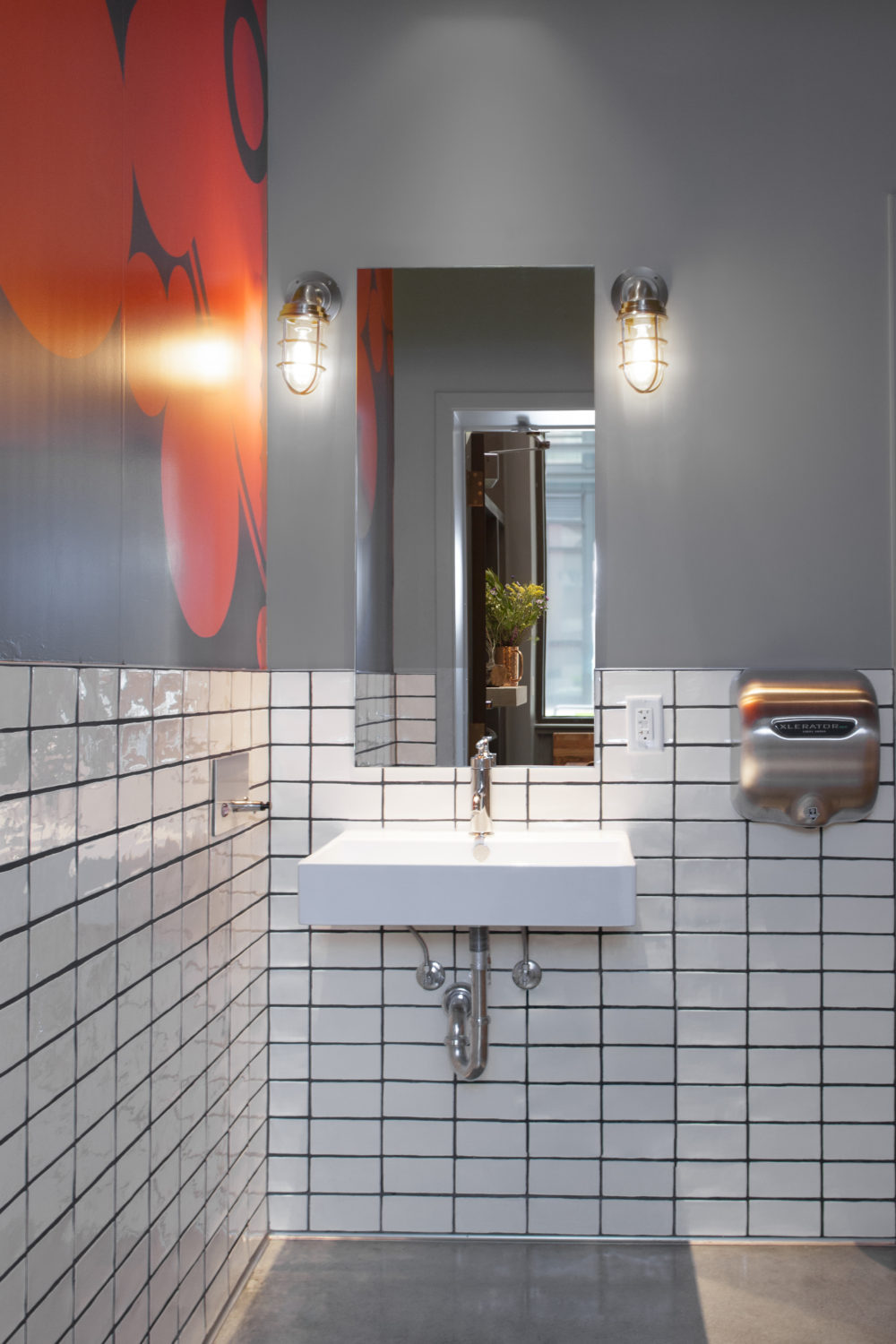 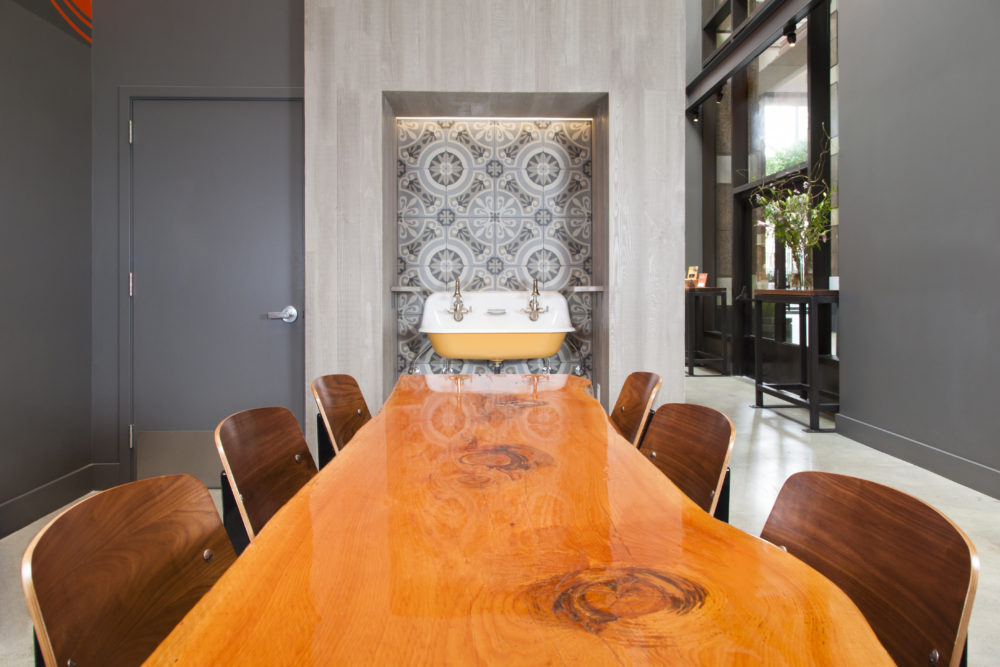 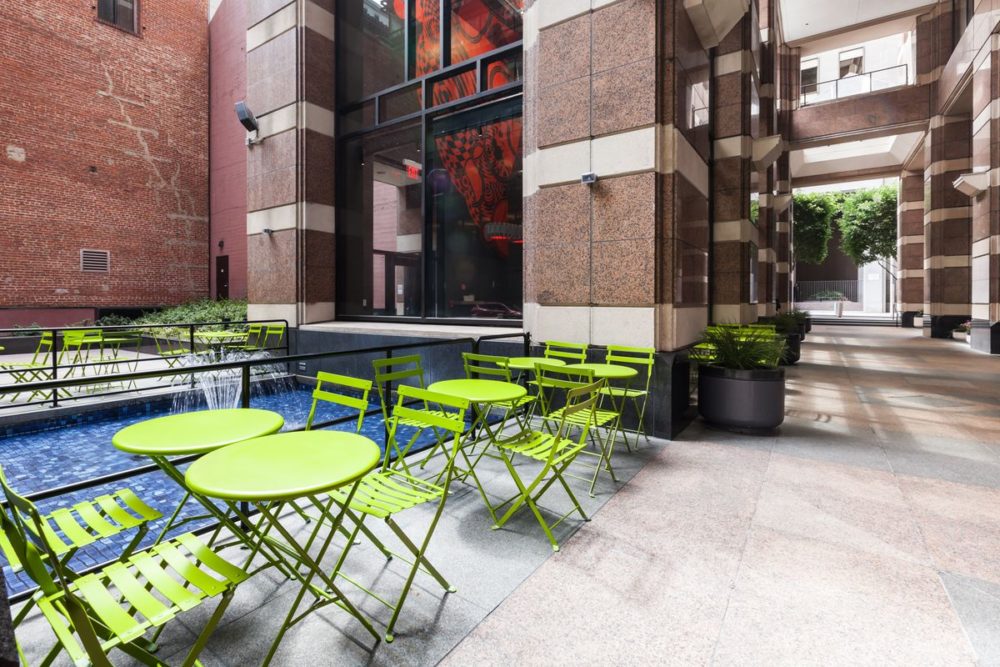 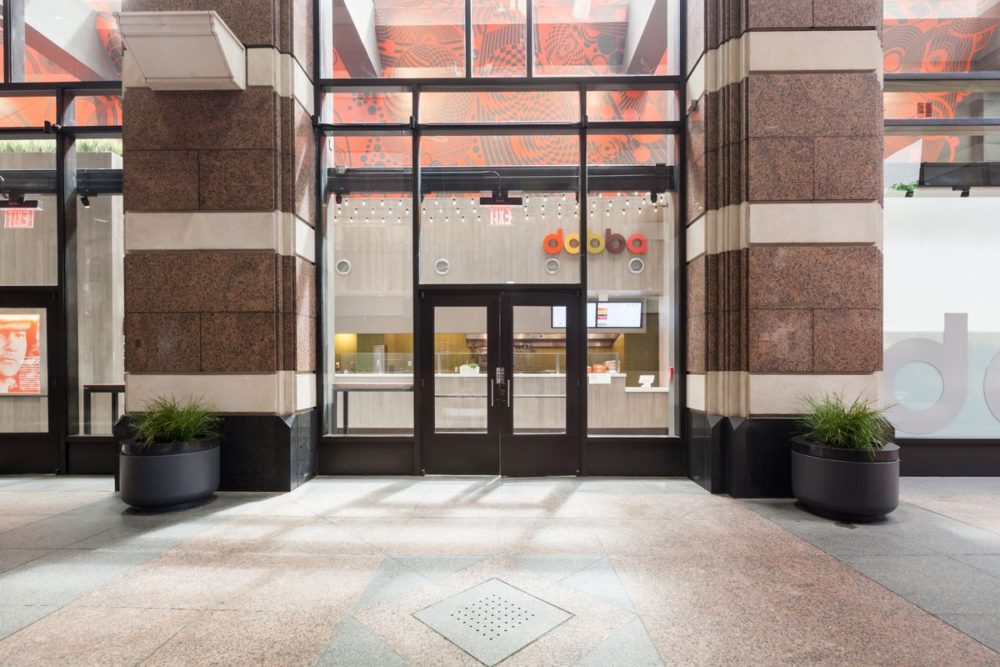